Rainfall and Weather Experts at Your Disposal Harvesting Atmospheric Humidity 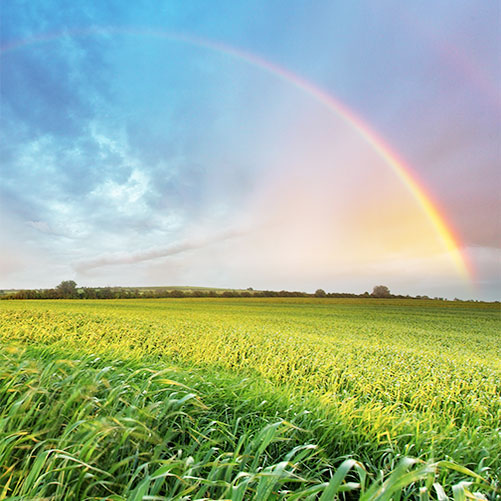 WeatherTec is committed to mitigate severe droughts and bring additional freshwater in an environmental friendly way to Hundreds of Millions of people.

WeatherTec has developed an unique technology to initiate and enhance rainfalls even in semi-arid regions making it the world’s largest additional fresh water reservoir. It is a green leading- edge technology for more natural precipitation, just by mimicking the sun’s ionization process.

The WeatherTec Command & Control Room is the heart of the system monitoring and operating all ionization sites. Meteorologists, climatologists, IT experts, atmospheric physicists and engineers work together to prepare the best forecast to ensure real time control of the operations. Customized high-resolution weather models are applied in collaboration with local meteorological institutions. 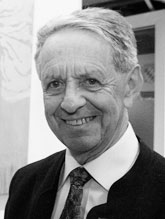 Professor Wilderer has developed and demonstrated a profoundly holistic vision of sustainable and integrated water and wastewater management.
The hallmarks of Professor Wilderer’s research are a rare combination of detailed technology development and a deep concern for the environment and human quality of life.

Prof. Wilderer still dedicates his scientific work to the effective use of water, as well as to the creation and preservation of a healthy water cycle. He personally was observer of WeatherTec’s projects in Australia and the UAE.

Peter Wilderer is Co-Founder of IESP, an EASA-Institute for Advanced Studies on Earth System Preservation, searching for solutions to cross-boundary environmental crises. He is member of the European Academy of Sciences and Arts, an association of 31 Nobel Price Laureates and over 2000 eminent scientists.

Prof. Wilderer is Professor Emeritus of Excellence for Water Quality and Waste Management at the TU Munich. He is founding member of the European Water Partnership (EWP). 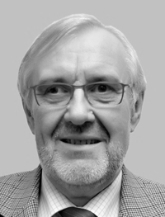 Prof. Dr. Anton Mangstl is an agricultural scientist and is a specialist in agrarian informatics and knowledge management.

Examples of his breakthrough projects are the development of the information system for plant cultivation (ISPLANZ), the development of planning and forecasting models and is the founder of the Society for Computer Science in Agriculture (GIL).

Prof. Mangstl was Director of the Center for Agricultural Documentation and Information (ZADI), the knowledge and technology transfer agency of the German Federal Ministry of Food, Agriculture and Consumer Protection.

As FAO Deputy Director of the Food and Agriculture Organization of the United Nations he was responsible for information and knowledge management, e-learning and capacity building.

Later he became Deputy President and Professor of the German-Jordanian University, the largest German scientific institution abroad (4,500 students) until 2016. 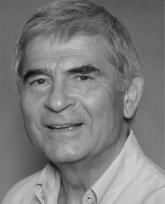 Professor Dr. Jörg Imberger was Professor of Environmental Engineering at the University of Western Australia, Perth and Chair of its Centre for Water Research. He is an avid environmentalist who is also a member of the Scientific Advisory Board for Earthwatch.

1996 he received the "Stockholm Water Prize", also known as "Water Nobel Prize". Jörg Imberger is seen as a landmark in the research focused on water movements in rivers, lakes and coastal regions. The most respectful commentators talk about "before and after Imberger."

Imberger is a leading figure of Weathertec's "Adcademy for Climate and Water Security". Imberger received many awards and honors for his services to science and is a Fellow of the Australian Academy of Science (FAA), the Academy of Science of Argentina, the Institute of Engineers, Australia (FIEAust) and of the Water Academy. Since 1969 he has worked on over 200 different research projects and has had more than 300 (co-) authored publications. 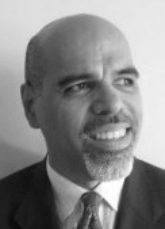 Ray Garcia is a New York based entrepreneur with over twenty years of global experience in creating business value with innovative information technology products. Serving as executive manager and interim CTO within large international corporations and start-up ventures, he focuses on the development and delivery of complex commercial software products globally.

Garcia is also visiting professor at the University of Pisa, School of Economics and lecturer at MIT, Boston.

He co-founded Smart Systems Technology and Zonebee. As CTO he raised Clearcross into a market leader in international trade enterprise software. Ray Garcia introduced innovative technology to two major banks and developed fintech software applications and secure solution for the marketing of banking products.
Among different publications Ray Garcia is the author of "Growing the businesses of the future". 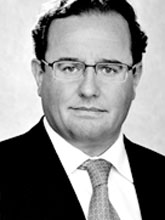 When Helmut saw the first documentation and presentation of the roots of the rainmaking technology in 2004, he realized that this concept would become the most important mission in his life.

He especially built starting 1993 one of the first b-to-b in the Internet, he took on the task of further launching a company for rainmaking.

During its seven years of fieldwork, Meteo developed most valuable know how and IP, which positioned the team as the technology leaders. After an intermission, caused by fundamental research work, restructuring and new strategic orientation, Fluhrer relaunched the Company in spring 2015. 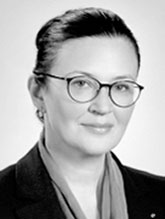 As one of the world’s leading experts on weather modification, Elena brings the depth of scientific and technical know-how necessary for the implementation of Weathertec’s state-of-the-art data sciences architecture which consists of atmospheric mega data collection, processing complex data analytics AI platform and algorithms for rainmaking.

She supervises the mobilization and execution of WeatherTec projects world-wide as well as managing scientists and engineers in the R&D department.

She has authored several technical and scientific articles on atmospheric humidity and weather modification including two articles which she has co-authored with Stockholm Water Laureate Prof. Peter Wilderer, Technical University (TU) Munich which have been citied globally:

2) “Risking Weather Engineering: Fiction or Contribution to Conflict Prevention?” which is one of the key chapters on weather modification and artificial reforestation in the book “Sustainable Risk Management” published by Springer International Publishing - Germany’s largest scientific publishing house. (2018)

With a unique insight and vision of identifying new technologies, she has collaborated with respected experts around the globe for enhancement of freshwater enlargement by various technical means.

Elena also founded the WeatherTec Academy for Water and Climate Security in 2016, which provides Advanced Executive Courses for high governmental authorities in Arab and African countries taught by German and Swiss professors.

She also participated in highly technical technology transfer negotiations between military, civil, and scientific blocs concerning declassification of military know-how, IP and equipment into commercial sector in Europe and USA.

She has a Master degree from St.-Petersburg University, Russia with further studies abroad and lecturer’s career at the G.C. Marshall Centre for Security Studies, Germany, specialising in the field of disarmament. 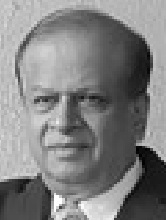 Has responsibility for Weathertec’s funding and has been affiliated with Weathertec since 2008 and financing its business expansion worldwide.

With decades of successful track record of diverse investing and funding of companies with new transormational technologies with cross-industry applications including wireless and low orbit satellite infrastructure, SaaS, AI, energy and renewable power sectors of emerging countries under the Quantum Group brand.

He has developed a strong global network of relationships with institutional investors, insurance companies, pension funds and sovereign wealth funds. Having been actively funding software for the latest emerging quantum computing systems and their use for complex AI and cybersecurity platforms, he has applied this deep technical knowledge acquired from his prior IBM management experience, for the Weathertec’s technology initiatives in data analytics and AI modeling.

In addition, he manages his single family office, investing in biotech and health, formed from capital derived primarily from two successful $500+ M exits of their family owned businesses. Prior to managing his family office, he was a Managing Director at Quantum Fund with diversified multi-billion dollar portfolio in private equity and infrastructure.

He has been known as a visionary and technology evangelist globally, founding and investing in several companies identifying and using pioneering state-of-art technologies including MEM and nano-chip design, 5-G apps and chip based cyber security which included some of the “world’s first” ventures such as being an early investor in “Bluetooth”( early 2001) and later sold to Ericsson, early investor in Caller-ID technology later sold to AT&T, Apple Macintosh clone (late ‘80s) under name of “Vector Technology” and most recently developed critical cryogenic components for Quantum Computers. Also, participated in the first ever privately funded and launching a group of Geo-Stationery Satellites US-Russian space venture (early 1990’s) for Satellite TV over Asia.

He has a MBA from the University of Wisconsin and a Bachelor of Engineering from BITS, Pilani, India 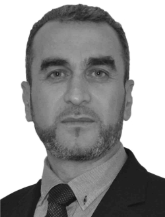 Riyad Mubarak is Senior Meteorologist at WeatherTec. He has been in atmospheric research and weather forecasting since 2006 in Germany, UAE and Jordan and is an expert for semi-arid and arid countries.

After his studies at the Universities of Garyounis and Hannover, he was Assistant Researcher at the Institute for Meteorology and Climatology in Hannover, specializing in solar radiation and remote sensing.

Riyad Mubarak has profound knowledge in weather modellings for drought countries, the implementation and analysis with most modern equipment like WeatherTec’s own weather radar, drones and weather station network. 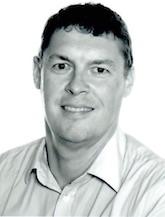 Thomas brings to the company a special blend of skills and talents. As well as a degree in Physics, having worked for Prof. Binnig, Nobel Prize Laureate in Physics, he has a degree in IT and is an expert in artificial intelligence. He heads the implementation of the company's developments in "Digitized Weather Modification".

Thomas is able to manage the vast amount of meteorological and operational data needed to guide the meteorologists and engineers who run the company's projects. Dr. Fluhrer worked with Thomas on highly complex IT architecture during the pioneering days of the Internet.